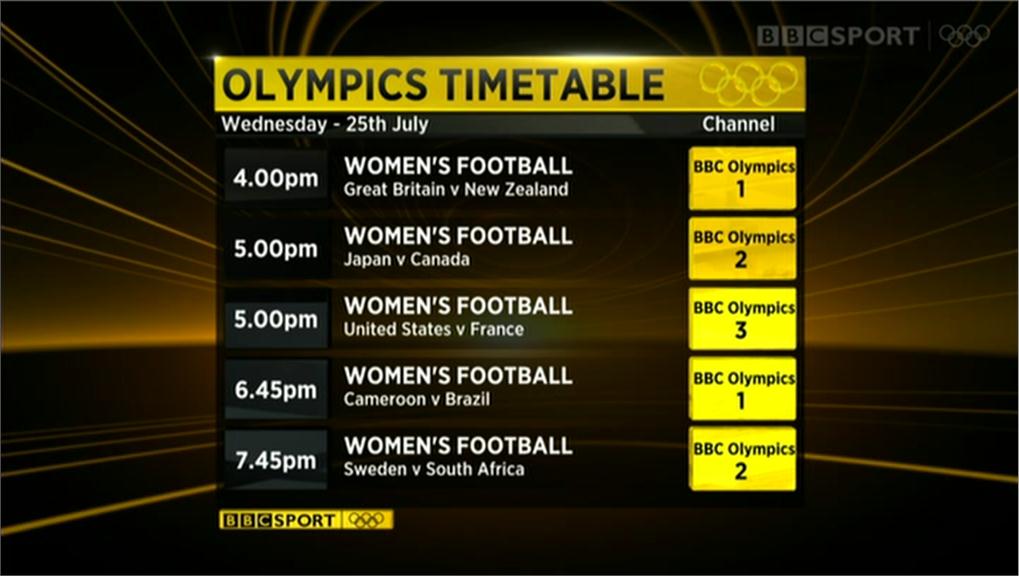 The streams, that will remain for the duration of the Olympic Games, ensures that, for the first time ever, millions of viewers across the UK will be able to watch every Olympic sport, live from every venue.

Viewers will be able to access the same content that will be streamed live on the BBC Sport website on their TVs, through the Electronic Programme Guide (EPG) and BBC Red Button.

This service will complement the main coverage on BBC One and BBC Three, which will air all of the key moments from the Olympics.

Combined, this coverage will deliver around 2,500 hours of live sport through the various BBC platforms during the Games.

“We’re delighted to be able to offer this opportunity to cable and satellite providers to extend our online service to millions of TV viewers across the UK,” said Roger Mosey, Director, BBC London 2012.

“BBC One and BBC Three will remain the flagship channels for the Olympics. But, as the London 2012 Olympic Games will be the first truly ‘Digital Games’, we wanted to offer an unprecedented amount of live sporting action to the widest possible audience through these 24 live streams, giving vastly more choice than ever before.”