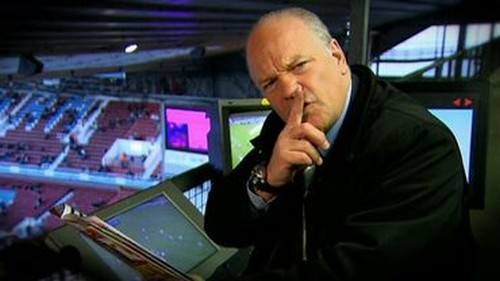 Andy Gray will provide match commentary for BT Sport this Saturday – three years to the day since his dismissal by Sky.

The former Sky Sports commentator will help call the action in the FA Cup Fourth Round tie between Stevenage and Everton.

This will be the first time Andy has commentated on a football game on UK television since he was sacked by Sky in January 2011. His fellow presenter Richard Keys quit the company as the pair were caught up in a sexism storm.

Since leaving Sky, the duo have worked for talkSport and BeIn Sport, part of the Al Jazeera network.

Images of Andy with Ian Darke: