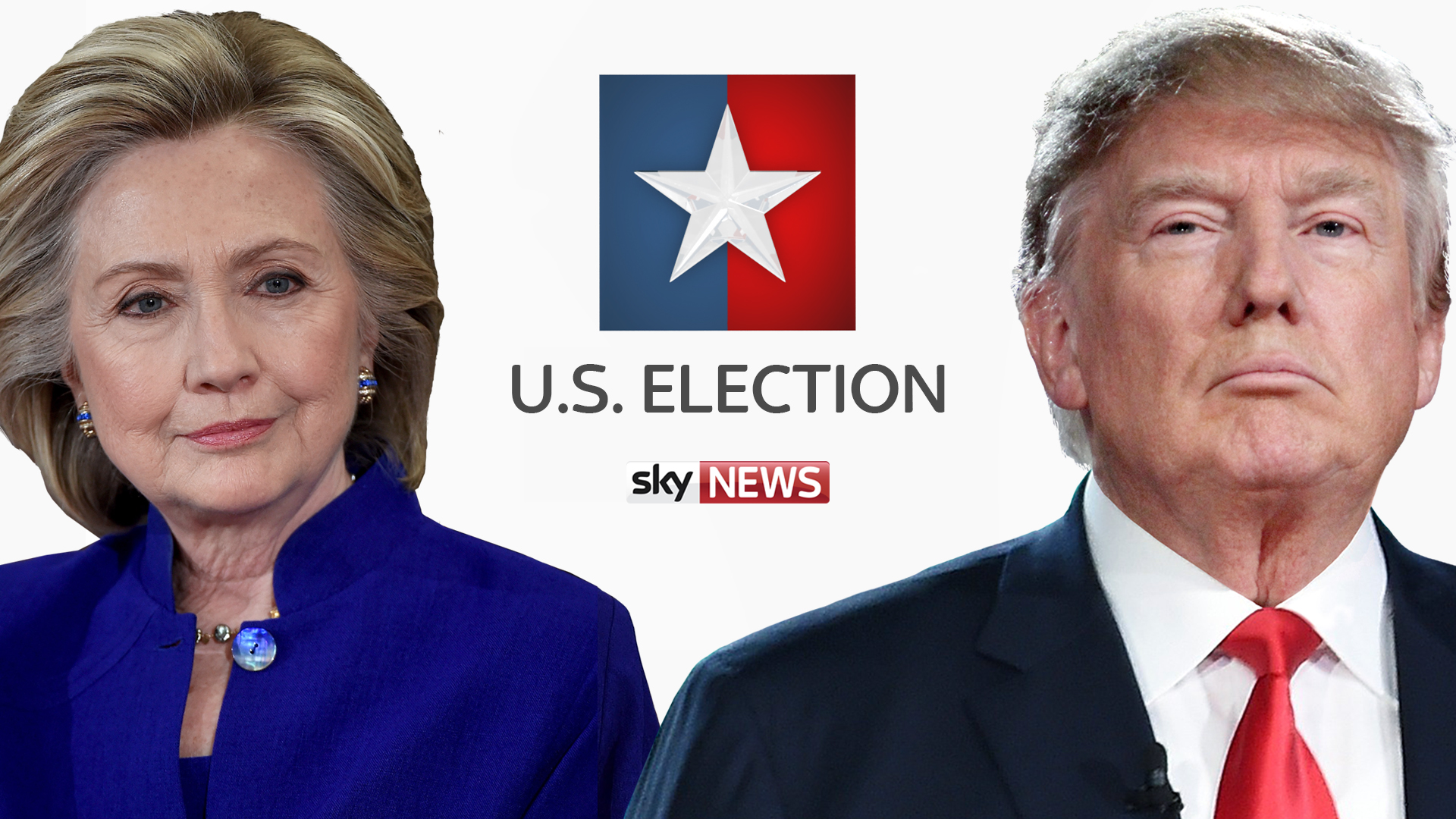 Sky News kicks off its Election coverage from America on Monday 31 October with a nightly show presented by veteran news anchor, Jeremy Thompson, who is covering his 6th US election.

‘America Decides’ will air at midnight to 1am (UK) Monday-Friday, bringing viewers the latest developments, interviews and analysis of the closing stages of the campaign.

Special editions of Sunrise, All Out Politics, Sky News Tonight and MURNAGHAN will all be broadcast from the US. There will also be teams embedded with both campaigns and reporters in the key swing states that will determine the outcome of the election.

On election night, Jeremy Thompson will anchor Clinton v Trump: America Decides from the studio in Times Square, Adam Boulton will be in Washington and Kay Burley will be travelling around New York City speaking to voters, campaigners and officials. The show will start at 10pm (UK), ahead of the first polls closing at midnight (UK), through to Sunrise the next day, and will air both on Sky News and Sky Atlantic.

Sky News is subscribing to the official National Exit Poll for the most immediate result and comprehensive analysis of the election, even before the result is officially called. Sky News will also carry the official exit poll data from the 5 most important swing states, bringing unrivalled insight into how, why and where the election is won and lost.

Economics Editor Ed Conway will present this information overnight, with Sophy Ridge taking over the next day. Throughout election night Jeremy Thomson will be joined by one of America’s foremost polling experts and election forecasters, Professor Todd Donovan from West Washington University.

“No American election campaign has captured the world’s attention like this one,” said John Ryley, Head of Sky News.

“We are sending more people than ever before to cover the most bitter and controversial election in modern US history bringing our customers the best news, debate and analysis from our unrivalled team of specialists and presenters across TV, mobile, radio and social media.”