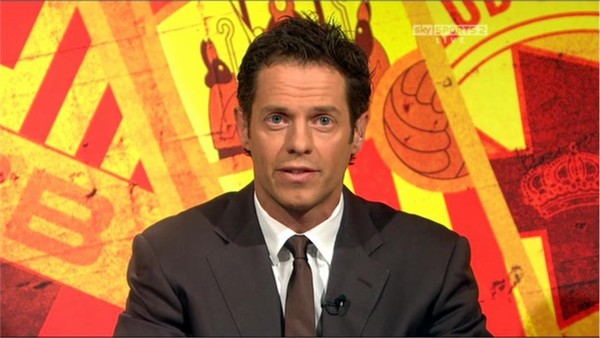 Scott Minto has also been sacked by Sky Sports.

The news comes a day after Matt Le Tissier, Charlie Nicholas and Phil Thompson were sacked by the company.

In a statement posted on social media, Scott said: “It is with a heavy heart that after 13 incredible years with Sky Sports I share the news that I will no longer be working with Sky and be part of their ongoing football coverage.

“While the decision wasn’t mine, I leave sky with nothing but fond memories of covering the EFL, Play-off’s, Carabao Cup, Spanish Football, Revista De La Liga and many more.

“It has been a truly fantastic experience and a privilege to work with, and alongside, so many talented individuals.

“I would like to wish the staff and teams at Sky all the very best for the forthcoming season – a season which is set to be truly spectacular both in the Premier League and EFL.

“I am hugely excited by the future and will be sharing the news soon of my next project. I look forward to begin back on screen very soon.”

Scott is a former footballer who played as a left back in the Football League and the Premier League for Charlton Athletic, Chelsea, West Ham United and Rotherham United, and for Benfica in Portugal.

Jeff Stelling, host of Sky Sports Soccer Saturday, said of Scott’s departure: “Genuinely one of the nicest people you will ever meet and one of the hardest workers. Wish you only the best Scott.”

In 2008, Minto graduated from Staffordshire University with a degree in Professional Sports Writing and Broadcasting.