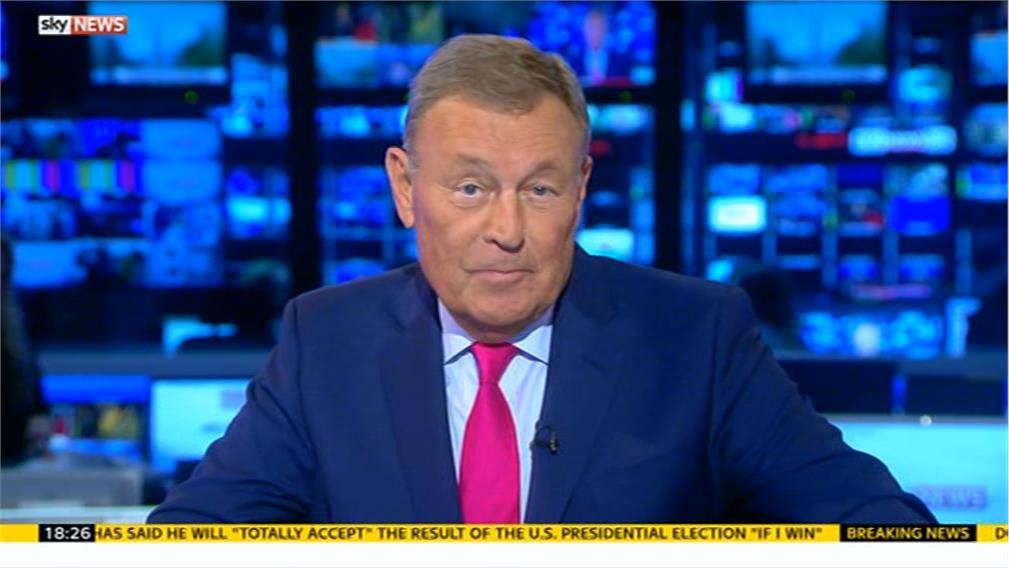 JT will be retiring from news broadcasting at the end of the year after covering his sixth U.S. Election next month.

Head of Sky News, John Ryley, said: “Jeremy Thompson is a master of his craft. His career has been an extraordinary achievement that few journalists have equalled.

“I have learned much from him; his deft handling of the most sensitive situations, his gut instinct for what the real story is, and his mass appeal to our viewers who trust him to bring them the latest news from wherever he happens to be in the world. He leaves the strongest of legacies and I, along with all my colleagues at Sky, will miss him a great deal.”

The Sky News presenter, who has worked in television news for more than 40 years, has worked for all the major news broadcasters in the UK; the BBC, ITV and finally Sky where he started as a foreign correspondent in 1993.

In 1999, he was the first TV journalist to broadcast live as British peacekeeping forces arrived in Kosovo. He covered the first Gulf War in 1990/91 and in 2003 he anchored Sky News’ coverage of the second Gulf War from Iraq. There he presented every night for a month on the frontline, and was the first anchor to present from inside Baghdad.

Most recently Jeremy has reported from the streets of Paris in the wake of the 2015 terrorist attacks; from the heart of London on the 10th anniversary of the 7/7 bombings; and in Doncaster reporting on the dramatic election night defeat of Ed Miliband. He was also in South Africa to cover the death of Nelson Mandela and the murder trial of Oscar Pistorius.