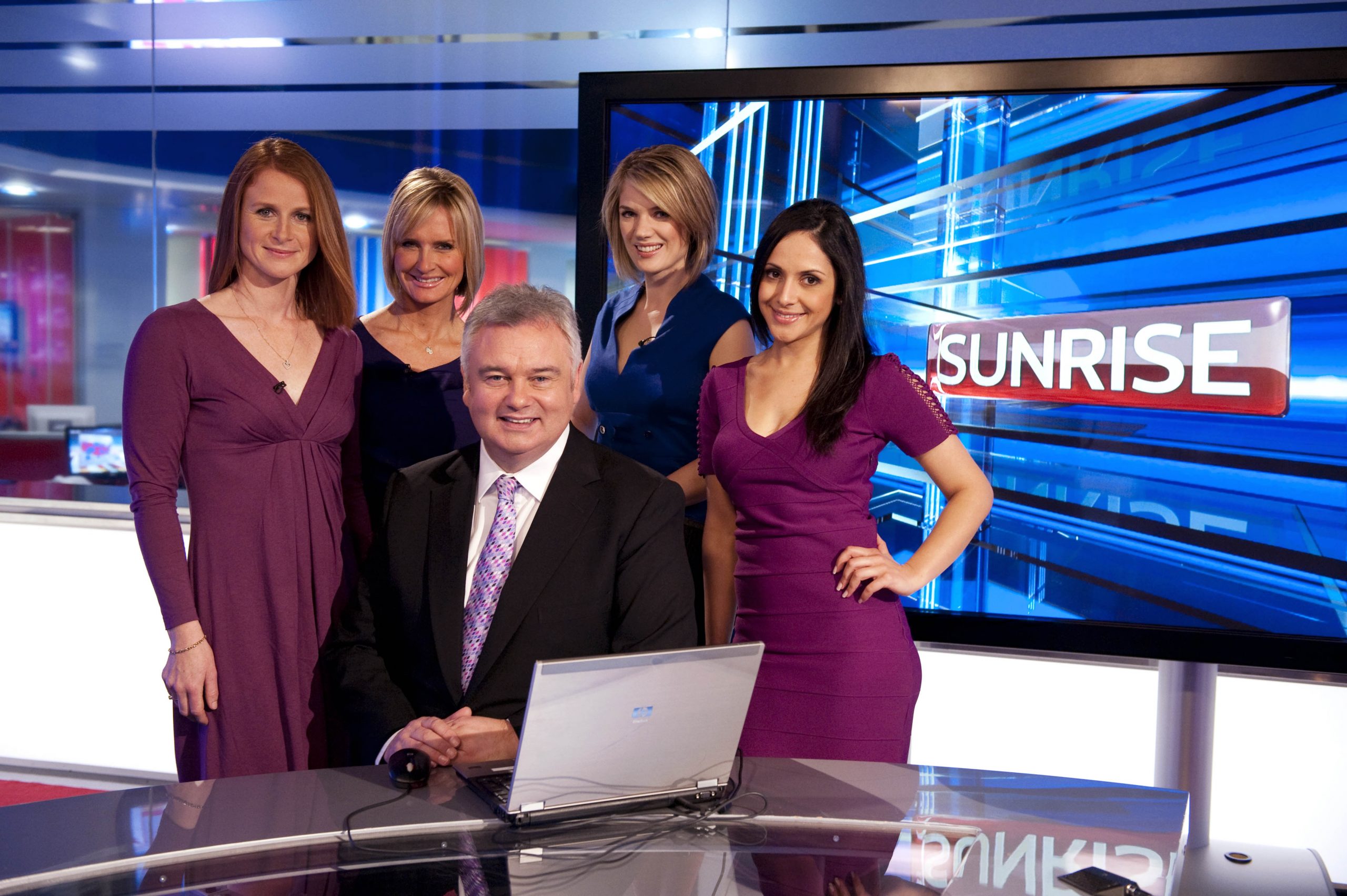 Eamonn Holmes has signs a new five year contract with Sky News, ending rumours of a move to ITV to present its morning news programme, Daybreak.

Sky said it’s delighted to announce that Eamonn has signed a new deal that will see him continue on in his current role as presenter of Sky News’ popular morning show, Sunrise with his team – presenter Charlotte Hawkins, sports presenter Jacquie Beltrao and weather reporters Isobel Lang and Nazaneen Ghaffar.

Sunrise continues to be the flagship programme, achieving the channel’s highest ratings. Since Eamonn joined Sky News in October 2005, Sunrise‘s audience has more than doubled. Across a whole year, Sunrise reaches more than 11m viewers on Sky and all other digital TV platforms.

“I am delighted that Sky News has put faith in me to build on the increasing success and awareness of Sunrise,” said Eamonn.

“I am surrounded by top professionals in the studio, in production and in the field. We all believe in the way we serve up our breakfast show and more and more digital and multi platform, as well as satellite and Freeview viewers,? are making us the programme they wake up to. ”

John Ryley, Head of Sky News, added: “When Eamonn joined Sky News in 2005 it was a massive coup and eight years on that hasn’t changed. Eamonn’s inimitable style and rapport with his Sunrise team has proven hugely popular with our viewers. The show has consistently high ratings and I have thoroughly enjoyed watching it flourish over the last eight years.”

I have happily presented @SkyNews #Sunrise for 8 years now,and sometimes there is a time when you just know that it's right to move on ….

But this is NOT that time. I'm afraid you will be waking up to me on Freeview 82, Ch 11 Pick TV and Sky 501 for the next few years.#sunrise

It's just fabulous that @EamonnHolmes is staying @SkyNews – @SkyCharlotte @SkyJacquie swung it ! Lol ! Seriously thrilled though