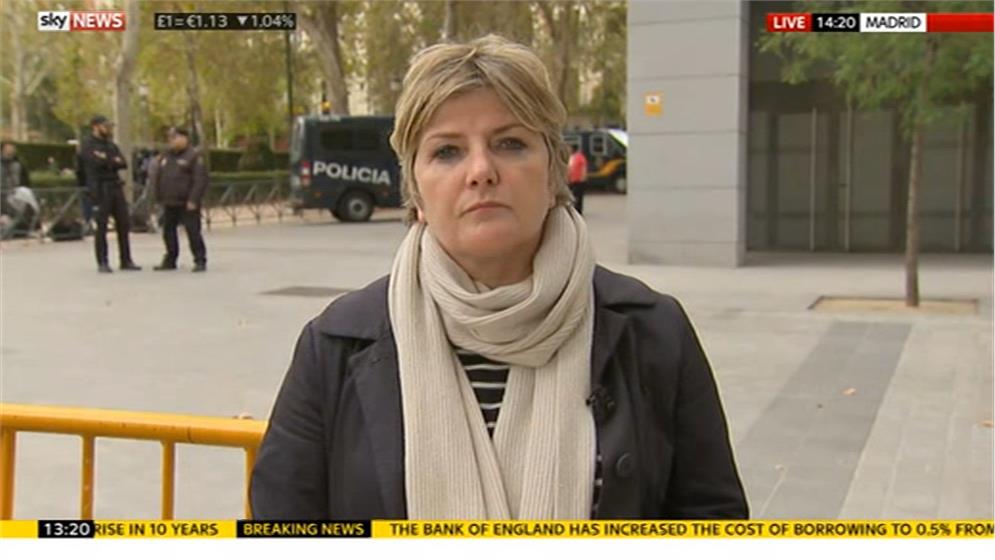 Just one month after taking her post as U.S. Correspondent, she finished reporting on Alligator attacks in Florida and returned to Washington DC. Michelle was cleaning her bathroom when she suddenly felt like she’d been hit over the head with a sledgehammer.

After hitting the Floor Michelle recalls “I Remember opening my eyes and saying out loud, “Oh, God, what’s happening? I called 911.”

Michelle had a brain haemorrhage. An aneurysm had ruptured. A brain scan later revealed she had six aneurysm. The next day the hospital operated on Michelle, removing part of her skull to place small titanium clips on the ruptured aneurysm and on one nearby.

Michelle needed more brain surgery 6 months after the first to fix the remaining four aneurysms but something went wrong – blood supply to the optic nerve was cut off and as a result Michelle has been left without sight in her left eye and she almost has no sense of taste and smell.

Michelle returned part-time to Sky News in May ’07 and did her first live in July, reporting on the Bush/Brown meeting (video).

Michelle said “Sky News have been so supportive.”

Michelle is back in full swing now, covering the U.S. Primaries, the death of Heath Ledger and the market plunge last week.