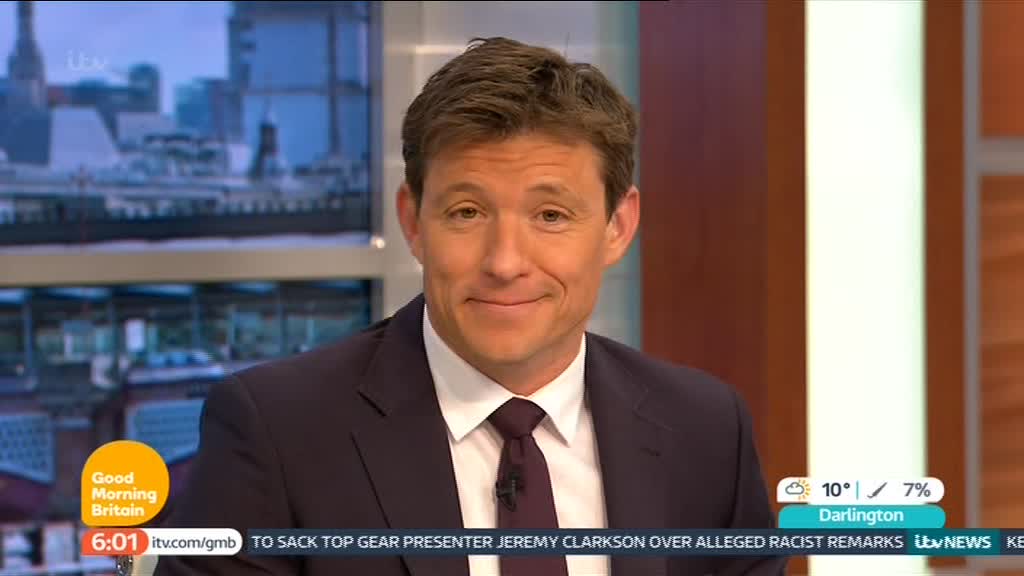 Goals on Sunday presenter Ben Shephard has announced he is leaving the programme.

Taking to Twitter this morning, Ben said: “Morning all- So after 9 seasons + nearly 400 shows the time has come to hang up my @GoalsOnSunday boots.

“I’ve loved working with @chris_kammy + know we’ll have more adventures to come! Thanks to our viewers, guests, + @SkySports it’s has, as Kammy would say been “Unbelievable!”

He took the decision to stand down from the show after realising his sons Jack, 12, and 14-year-old Sam, need him around more, telling the Mirror: “My boys are at an age when they need me around, perhaps even more now than when they were younger.

“I was on GMTV every weekday while they were growing up. It meant I could go to their after-school matches, but I would have to be in bed by 7pm.

“It got to the point when it was they who tucked me up and read me a story, not the other way round.

“Now they’re teenagers, Sam is taller than me and Jack is not far behind, which I’m trying to come to terms with. They’re consumed by schoolwork all week, the weekend is the only time I can spend with them.”

Ben co-hosts Good Morning Britain on Thursdays and Fridays and records Tipping Point in Bristol from Monday to Wednesday. He also works as a presenter on Ninja Warrior UK.