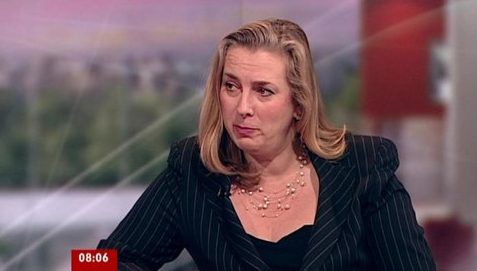 The BBC’s Caroline Wyatt is to step down as religious affairs correspondent after being diagnosed with multiple sclerosis.

The 49-year-old has worked in a number of roles since joining the BBC as a trainee in the 1990s. She reported on the fall of the Berlin Wall and covered wars in Iraq, the Balkans and Afghanistan.

Jonathan Munro, Head of Newsgathering, told BBC News staff today: “A few months ago, Caroline was diagnosed with multiple sclerosis – a condition she has battled with for many years.

“For that reason, Caroline has decided to step down as Religious Affairs Correspondent for BBC News with immediate effect.

“After an extended break over the summer, Caroline will return to the airwaves to focus on a range of presenting for Radio 4 and the World Service.

“In due course, she plans to carry out occasional reporting duties for TV and radio where they are compatible with her medical advice.”

Her producer Callum May wrote on Twitter: “Caroline has been one of my heroes since I started in journalism – and it’s been brilliant to work as her producer. Wishing her every success as a radio presenter – and the best health possible.”